The results of the measurements are shown in Tables 2-4. Morphometric mensuration from digital CT images was performed with Syngo MMWP VE40A software. 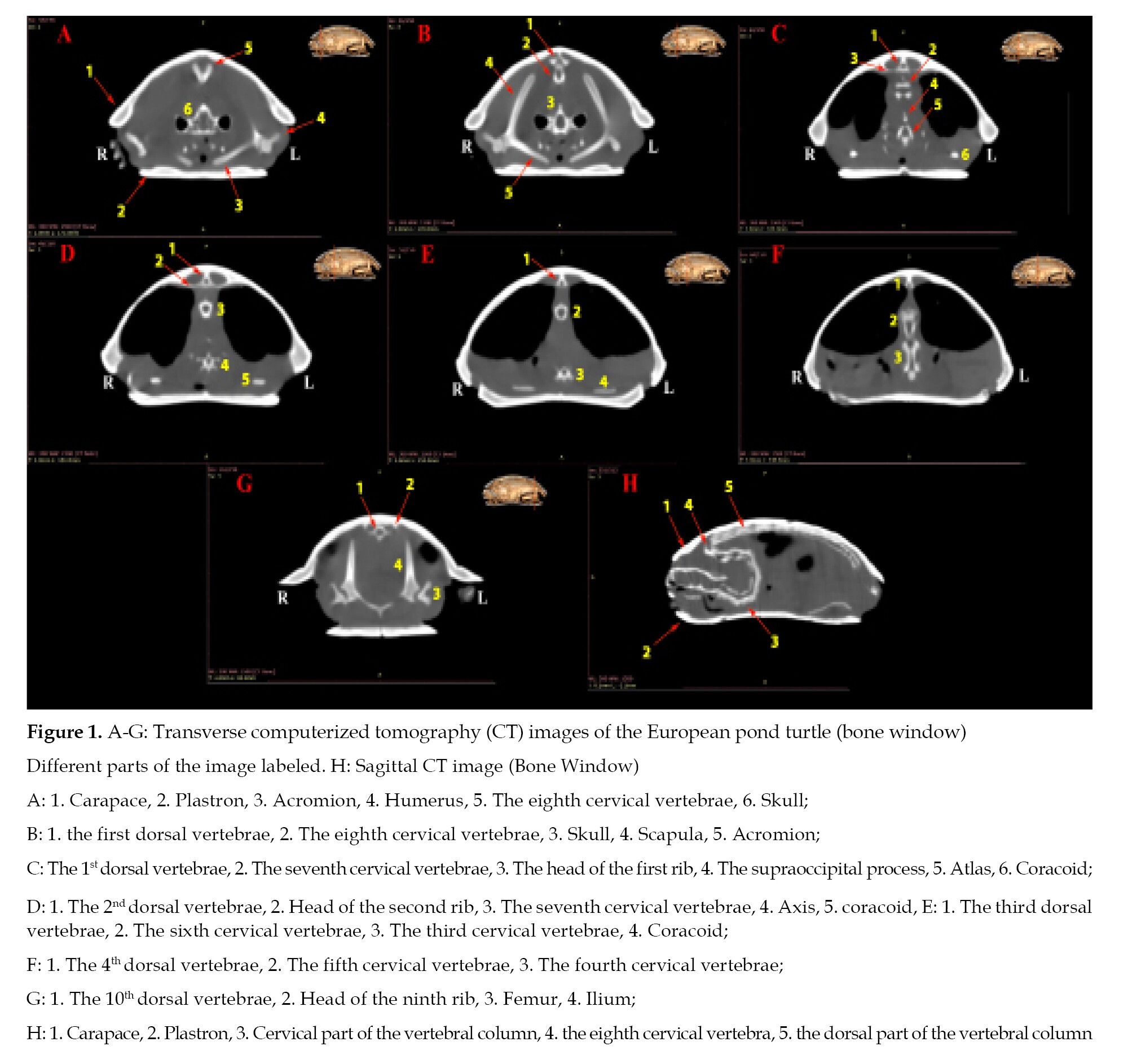 The cervical region had 8 vertebrae; each had a specific shape. The first and eighth vertebrae were significantly wider compared to their length.
Atlas (the first cervical vertebra) had two neural arches, a centrum, and an intercentrum. The cranial part of the vertebra included a cranial articular cavity to articulate with the occipital condyle. The ventral part of the centrum had a crest. The centrum had a foramen on either side (lateral vertebral foramen) (Figures 1 and 2).
Axis (the second cervical vertebra) was more elongated than the atlas. The width was significant in the region of caudal articular processes. Transverse processes were located on both sides of the cranial surface of the centrum (Figures 1 and 2).
The third, fourth, and fifth cervical vertebrae were very similar. The intervertebral foramen was formed between the vertebrae. This foramen was also formed between the second and third vertebrae. The transverse process was located in the cranial part of the vertebrae (Figures 1 and 2). 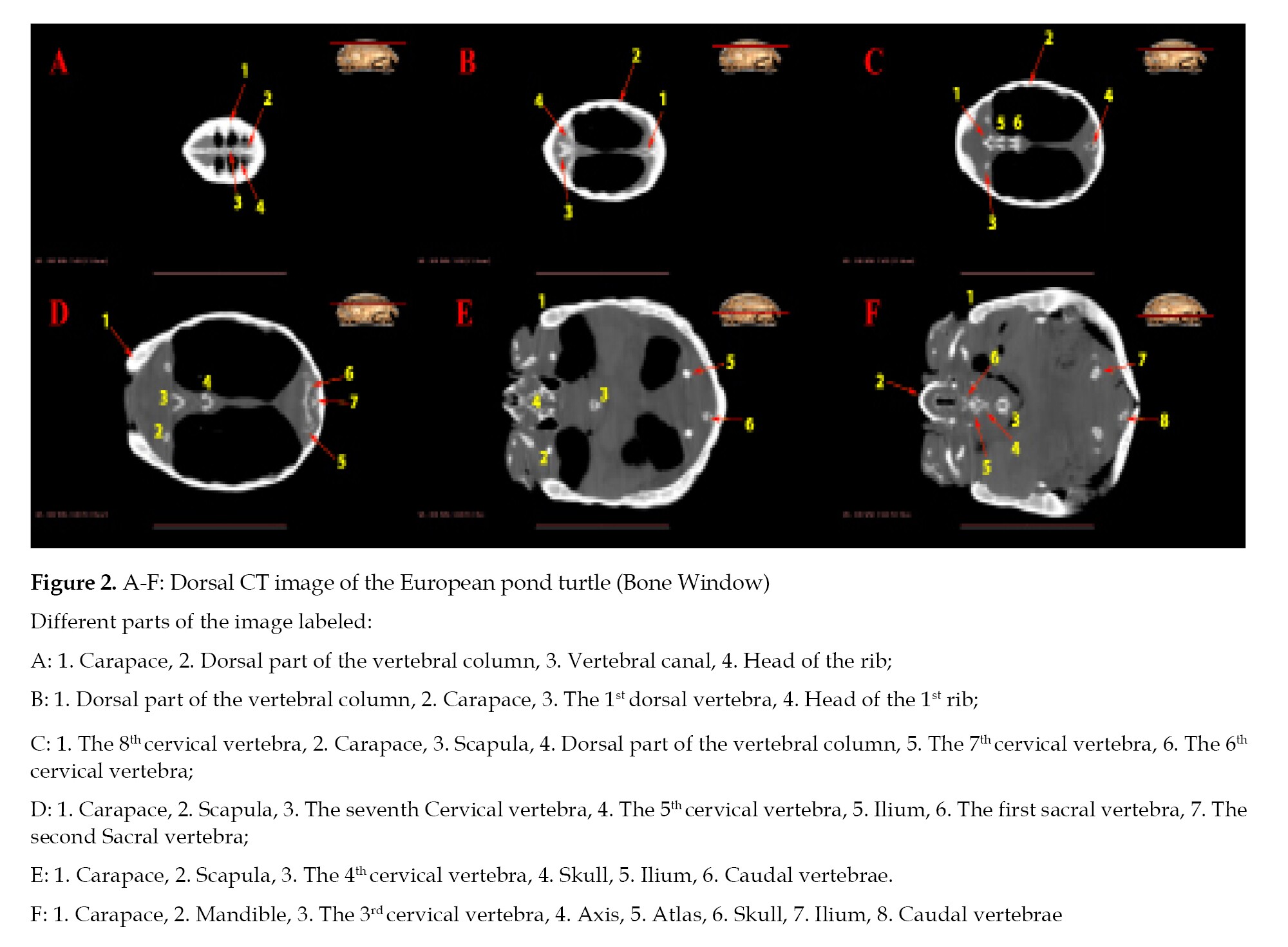