Background: Methicillin-resistant Staphylococcus aureus (MRSA) is an important healthcare-associated pathogen that is also an emerging zoonosis.
Objectives: A cross-sectional study was conducted to investigate the prevalence of MRSA in dairy cattle farms in Kebbi, North-Western Nigeria.
Methods: A total of 200 milk samples, consisting of 50 samples each from lactating cows, were collected and used. The samples were analyzed using bacterial culture and isolation and polymerase chain reaction (PCR). Suspected MRSA isolates were identified via PCR detection of the mecA gene, and antimicrobial susceptibility profiles of the isolates were assessed using the Kirby-Bauer disk diffusion method.
Results: Of the two hundred milk samples examined, the prevalence of MRSA was recorded at 18% (36/200) using phenotypic and genotypic characterization methods. The susceptibility to vancomycin was observed in all isolates, and they had a multiple antibiotic resistance (MAR) index of >0.4.
Conclusion: This investigation showed the colonization of healthy dairy cows by multidrug-resistant MRSA.

The Chi-squared test was performed within (each farm) and between farms for the statistical association of S. aureus based on breed (exotic and indigenous breed). Within farms, the prevalence of S. aureus in indigenous breeds was 68% (32/47) and 0% (0/3) in exotic dairy cattle. A significant association (P≤0.05) was observed between the occurrence of S. aureus and breed. Indigenous breeds were more likely to harbor S. aureus than exotic breeds. Similarly, carriage of S. aureus was more in indigenous breeds of cow than exotic breeds. There was no association (P≥0.05) between the occurrence of S. aureus and breed because there was no sample taken for the exotic cattle.
In this study, phenotypic detection of MRSA on ORSAB showed a prevalence of 18% (36/200). The highest isolation rate was in farm A, with a prevalence of 24% (12/50), followed by farm B at 18% (9/50), farms C at 14% (7/50), and D at 16% (8/50). No significant association (P≥0.05) was observed between the occurrence of MRSA and the farms (Table 1). Also, MRSA results from dairy farms A, B, C, and D, based on breed, all showed no statistically significant association between colonization and breeds of dairy cattle samples. PCR amplification of all 36 positive samples on ORSAB to detect the mecA gene showed 100% positivity (Figure 1). Hence, the overall molecular detection rate of MRSA from dairy farms studied was 18% (36/200). 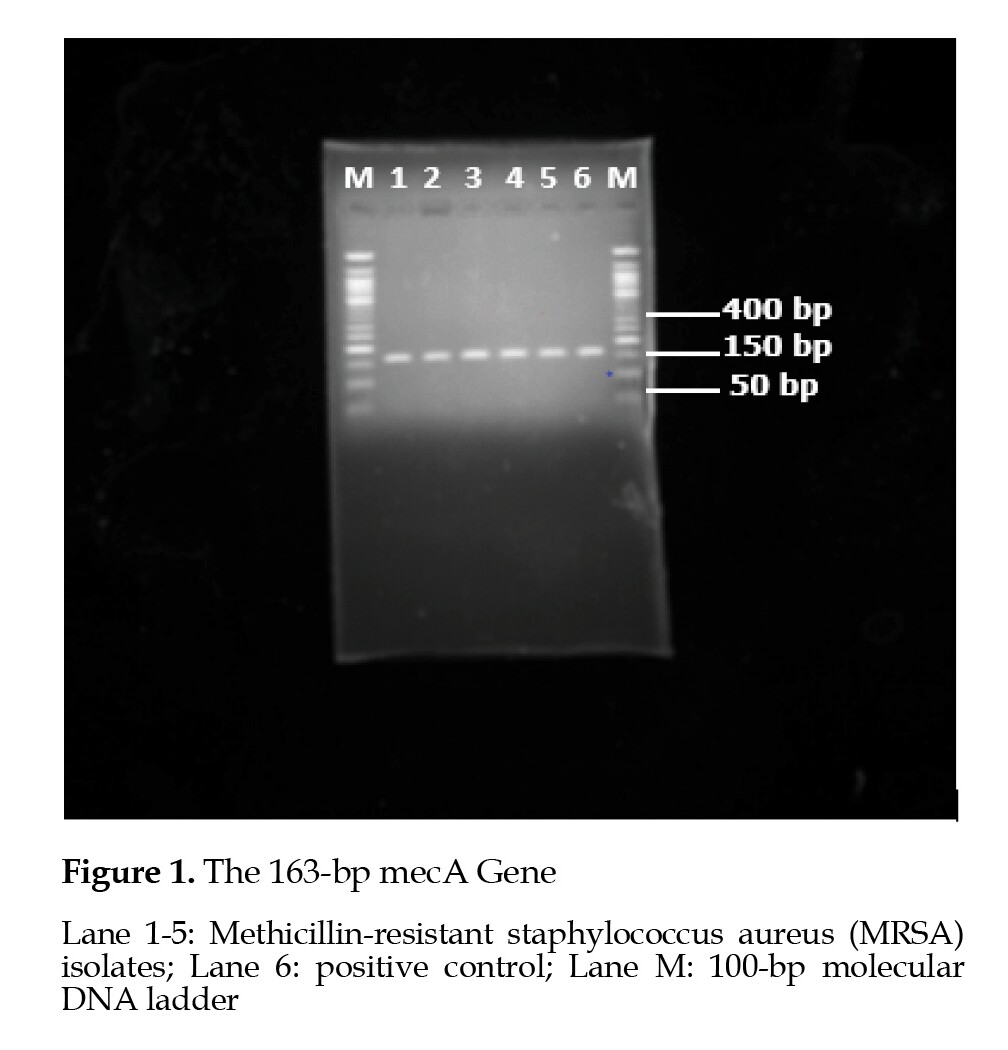 Susceptibility to vancomycin was observed in all isolates. A total of 8 isolates were found to show multidrug resistance (MDR), with ERY-OXY-NEO-PEN-SUL-GEN being the most common pattern, and the multiple antibiotic resistance (MAR) index is ≥0.4 (Figure 3; Table 2). 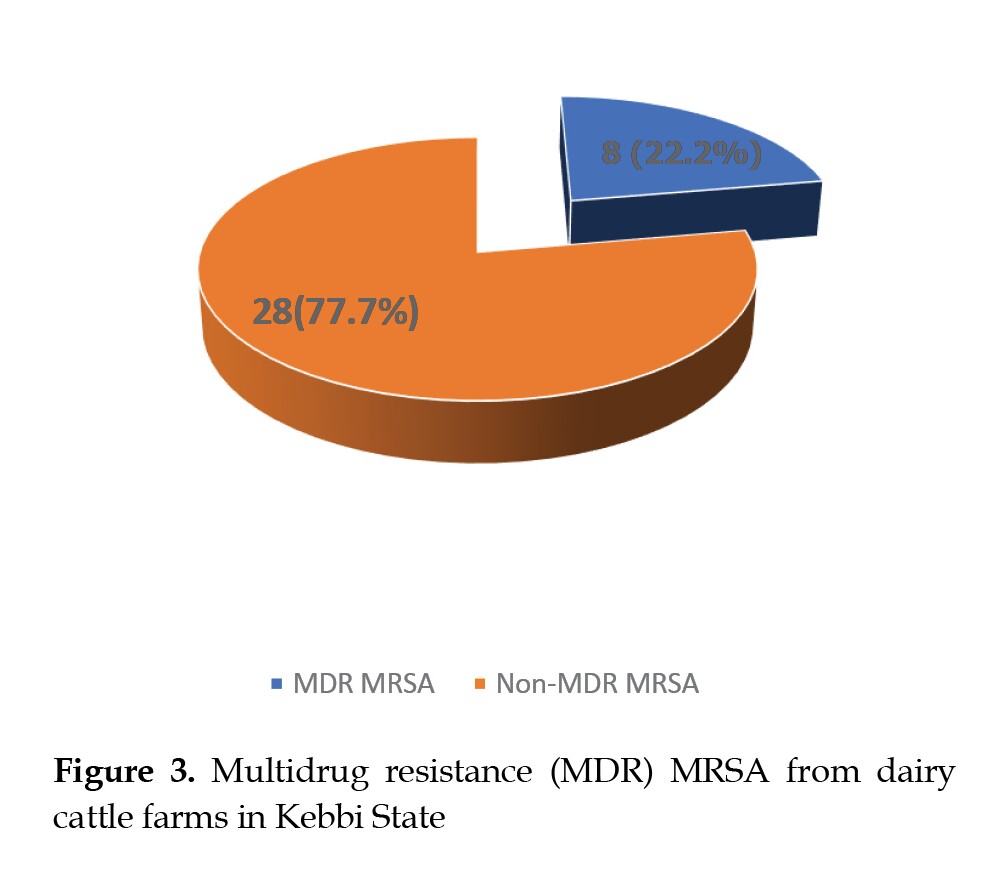 Mohanta, A., & Mazumder, P. B. (2015). Detection of staphylococci in raw milk and milk products and evaluation of their antibiotic sensitivity: A report from Southern Assam, India. Journal of Environmental Science Toxicology and Food Technology, 9(1), 17-22. [Link]